"Responding To My Haters"

"Responding To My Haters"

My friend who has been my project manager for a long time recently wrote something to address fake negative reviews about me. I want to thank him publicly and appreciate the time he’s invested in working with me.

I will not add on to what he wrote because I believe it contains the gist of what I wrote earlier this month.

Hi, my name is Peter, and I’ve had the privilege of knowing Ewen Chia personally. In fact, I’ve worked with him for a long time. You might think I’m just trying to defend my long time friend here by saying what they are writing is false. However I want you to see a deeper pattern that’s going on among the very people who are disparaging Ewen. 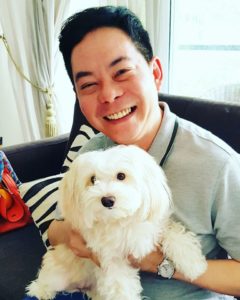 I know this is subjective. You may not believe this. So let me proceed straight to the next point.

If you actually read to the end of the reviews, you will see that these people are promoting their own offers. Not just any offer though. I’ve noticed that most, if not all of them, are promoting Wealthy Affiliate. Which brings me to my next point.

I browsed through the websites of these people who wrote bad stuff about Ewen and I saw that Ewen is not the only guy who’s been a victim of fake negative reviews. In fact, I see a lot of credible internet marketers as well getting their heat.

The name Ewen Chia gets a lot of traffic on the internet. So what’s an easy way to get traffic? Leverage on somebody’s fame. They’re basically leveraging on his name to get views on their website, where they in turn disparage him in hopes to win over their readers to join their own program (Wealthy Affiliate for most of them).

Is this something Wealthy Affiliate is teaching their students to do? To write bad stuff about internet marketers just to get downlines for themselves?

I remember how quite a few of my students were so impacted by what they learnt from me. One of them is Vietnamese and despite not being able to speak or understand English, she still generated income online.

I also had the honor and privilege to meet her again personally at an event where I was speaking at.

One of them even mentioned me in a post she wrote:

So to end off this post, I just want to point out that big companies like Apple and Samsung have their own raving fans as well as haters. What works for you may or may not also work for someone else. We are all different.


Internet Addict. Marketing Online Since 1997. International Speaker and Trainer. #1 International Bestselling Author of "How I Made My First Million On The Internet and How You Can Too!" MORE...
Internet Business Products

Everything You Need to Know About Squeeze Page!

Squeeze page is a commonly used jargon in the internet business. It is a website whose main objective is to capture email addresses. Squeeze page is also known as an optin-page, landing page, email capture page and lead magnet page. However, in our teaching, we like...

How To Use Google Keyword Planner Without Setting Up Any Ads

4 Steps For Achieving Success In Your Internet Business

We all dream of success. If you’re like most people, you’ve spent quite a bit of time thinking about how to achieve success in your internet business, how you’ll achieve it, and how good you’ll feel when you’ve achieved it. The part that can seem elusive is the middle...

This site uses Akismet to reduce spam. Learn how your comment data is processed.

Download Your FREE Copy Of “Easy Internet Profits” Worth $97.00 That Reveals The Easy Ways To Generate UNLIMITED Profits Online!

Download Your FREE Copy Of “Easy Internet Profits” Worth $97.00 That Reveals The Easy Ways To Generate UNLIMITED Profits Online!

Ewen Chia is an Internet Addict. Marketing Online Since 1997. International Speaker and Trainer. #1 International Bestselling Author of “How I Made My First Million On The Internet and How You Can Too!” Read about Ewen Chia Reviews, Testimonials & Interviews

You have Successfully Subscribed! Check Your Email For Your Ebook Download Link.

You have Successfully Subscribed! Check Your Email For Your Ebook Download Link.